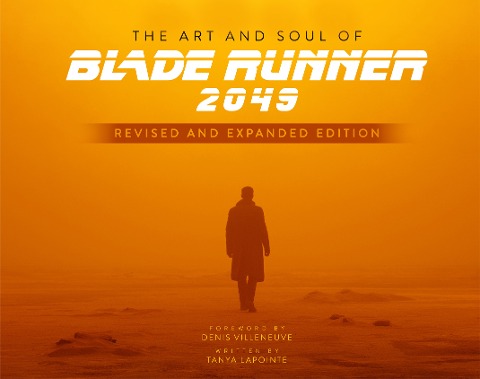 The official and definitive companion book to Denis Villeneuve's 2017 sequel to Ridley Scott's 1982 original film. This revised and enhanced edition adds 16 new pages of original content which include the movie's spoiler scenes.

In 1982's ground-breaking science-fiction film Blade Runner, the world saw a vision of the future so bold and breath-taking it remains at the forefront of pop culture. Thirty-five years later, many of the world-renowned original cast and crew made a thrilling return to that world. Their journey is chronicled with captivating detail in this official visual guide to Blade Runner 2049, presented in an oversized and luxe full-colour format.

The author documented the film's production for two years, with unprecedented access to the creative process that brought this epic film to life. Exclusive concept art, storyboards, behind-the-scenes photography, and production stills are accompanied by fascinating insights and interviews by the cast and crew.

The Art and Soul of Blade Runner 2049 - Revised and Expanded Edition updates the original version of the book by adding 16 pages of new content, featuring new interviews with cast and crew covering the movie's spoiler scenes.

Tanya Lapointe worked for 15 years as a field reporter, interviewer, and TV Host for Radio-Canada/Canadian Broadcasting Corporation, covering international entertainment, news and high-profile events such as the Oscars and the Cannes Film Festival. She is the author of The Art and Soul of Blade Runner 2049. She is also a documentary film writer, director, and producer. Based in Montreal, Canada.