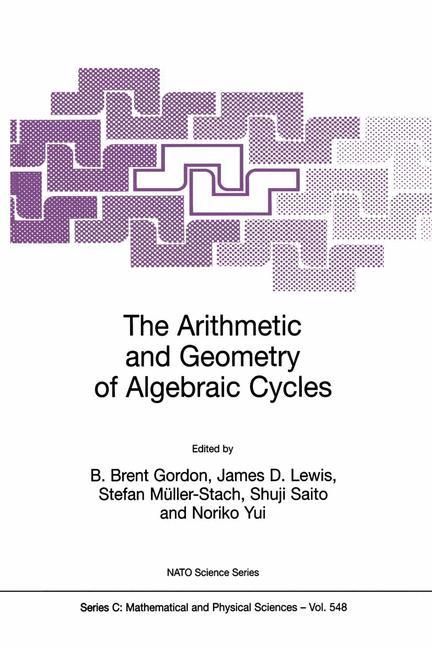 The Arithmetic and Geometry of Algebraic Cycles

The NATO Advanced Study Institute on "The Arithmetic and Geometry of Algebraic Cycles" was held at the Banff Centre for Conferences in Banff (Al­ berta, Canada) from June 7 until June 19, 1998. This meeting was organized jointly with Centre de Recherches Mathematiques (CRM), Montreal, as one of the CRM Summer schools which take place annually at the Banff Center. The conference also served as the kick-off activity of the CRM 1998-99 theme year on Number Theory and Arithmetic Geometry. There were 109 participants who came from 17 countries: Belgium, Canada, China, France, Germany, Greece, India, Italy, Japan, Mexico, Netherlands, - mania, Russia, Spain, Switzerland, the United Kingdom and the United States. During a period of two weeks, 41 invited lectures and 20 contributed lec­ tures were presented. Four lectures by invited speakers were delivered every day, followed by two sessions of contributed talks. Many informal discussions and working sessions involving small groups were organized by individual partic­ ipants. In addition, participants' reprints and preprints were displayed through­ out in a lounge next to the auditorium, which further enhanced opportunities for communication and interaction.