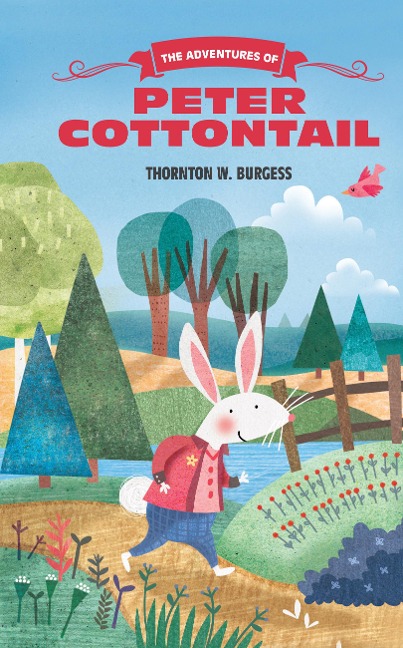 The Adventures of Peter Cottontail

The Adventures of Peter Cottontail recounts the hijinks of one of the most endearing and beloved creatures in children's literature. Full of mischief (and then remorse), Peter has exploits that are delightfully recognizable to anyone who has children and will surely tickle yet another generation of young readers.

Peter Cottontail's efforts to outwit the ever-hungry Reddy Fox lead to a number of whisker-thin escapes, and his fascination with the hibernation of some of his neighbors, such as Johnny Chuck, leads to his decision to hibernate . . . with riotous consequences.

This reprint of the classic that was originally published in 1914 presents Burgess' classic style of telling a terrific tale while imparting information about the environment and its creatures.

Thornton Waldo Burgess, a devoted naturalist and conservationist, knew that instilling a love of the natural world in young people was one of the best ways to inspire conservation in adults. His writings spanned over fifty years, more than 170 books and 15,000 articles, and inspired several generations.Many of Burgess' observations of nature were featured in his stories, and his many characters, including Peter Rabbit, Jimmy Skunk, Sammy Jay, Bobby Raccoon, Joe Otter, Grandfather Frog, and many others, displayed both animal and human traits that were very recognizable to readers. The Boston Museum of Science awarded Burgess a special gold medal for "leading children down the path to the wide wonderful world of the outdoors. Burgess lived in Massachusetts. Learn more about Thornton Burgess at thorntonburgess.org.