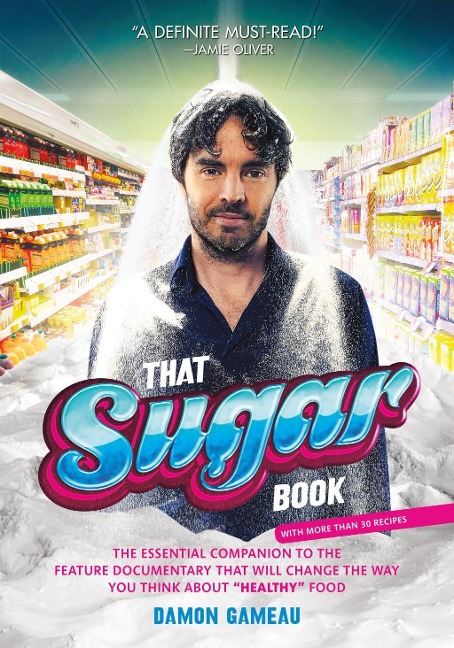 Based on the documentary THAT SUGAR FILM, this is an explosive exposé of the dangers of sugar.When Australian actor and filmmaker Damon Gameau met a girl he wanted to impress, he decided to get healthy by reducing his sugar intake. In no time he was slimmer, calmer, fitter and happier. But he was also curious: why did the elimination of sugar have such beneficial effects? He decided to experiment by eating 40 teaspoons of sugar a day over the course of 60 days.

The results were staggering. Gameau gained nearly 20 pounds; he developed signs of fatty liver disease; and doctors warned him that he was on the road to obesity, diabetes, and heart disease. His journey took him not just down a path to illness, but deep into an investigation into how our food is made and marketed. Gameau interviewed experts and discovered that 80% of products on our supermarket shelves contain sugar, and that 90 million Americans have fatty liver disease directly linked to their sugar consumption.

Expanding on That Sugar Film, That Sugar Book offers 30 recipes, in-depth interviews, and colorful graphic images to reveal the truth behind the world's alarming and health-destroying sugar habit. It contains sensible advice on kicking the sugar addiction; lists which foods to avoid; and explains how to shop, how to read labels, and how to cook sugar-free food.

A riveting, funny, meticulously well-researched, and shocking exposé, That Sugar Book is destined to change the eating habits of a generation.

The History of Love