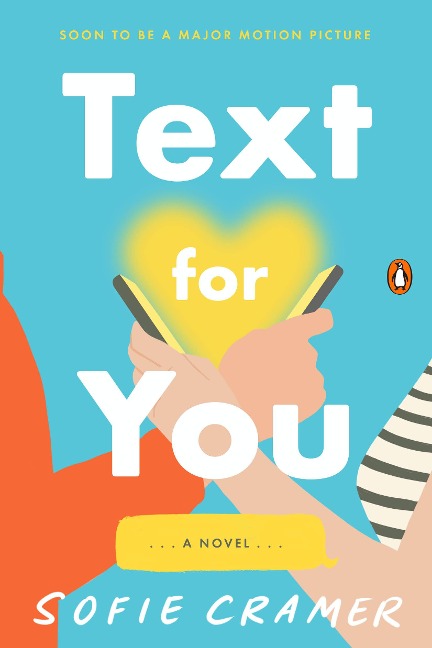 Soon to be a major motion picture starring Sam Heughan and Priyanka Chopra Jonas, a heartwarming story of love, loss, serendipity, and texting.

After a heated argument, Clara's fiancé stormed out of their apartment, but before they have a chance to reconcile, he died in a tragic accident. It has been two years, but she's still paralyzed with grief, and her friends are worried about her. So, to try to say what was left unsaid, she starts texting his old phone. What she doesn't realize is that the number has been reassigned.

Across town, Sven's phone begins receiving mysterious but heartfelt text messages. He doesn't respond, but he is captivated by the sender. His own relationship has been on the rocks, and when it ends he sets out to find the person who has been texting him. Neither Sven nor Clara knew what they were setting out to find, but it would change both of their lives forever.

Sofie Cramer grew up in the Lüneburg Heath and was born in Soltau in 1974. She studied German and politics in Bonn before moving to Hamburg. After her time as a radio editor, she started her own business. She now works as a freelance writer, editor, and teacher. She has written nine novels, and her first bestseller, Text for You, was adapted into a film in 2016 and for the stage in 2019.

Marshall Yarborough is a translator of German literature and a writer.