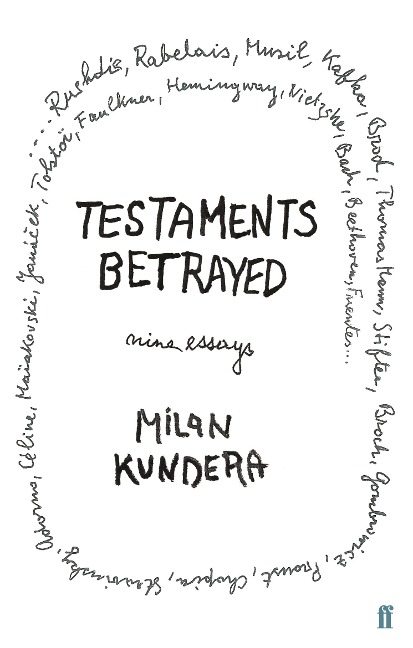 Kundera's essay has been written like a novel. In the course of nine separate sections, the same characters meet and cross paths with each other. Stravinsky and Kafka with their odd friends Ansermet and Brod; Hemingway with his biographer; Janácek with his little nation; and Rabelais with his heirs - the great novelists.

In the light of their wisdom this book examines some of the great situations of our time. The moral trial of the twentieth century's art, from Celine to Mayakovsky; the passage of time which blurs the boundaries between the 'I' of the present day and the 'I' of the past; modesty as an essential concept in an age based on the individual and indiscretion which, as it becomes the habit and the norm, heralds the twilight of individualism; the testaments, the betrayed testaments - of Europe, of art, of the art of the novel and of artists.