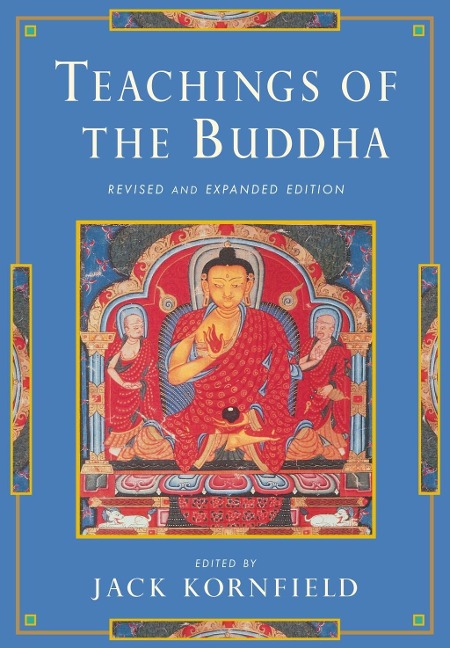 Teachings of the Buddha

A reissue of the most popular collection of teachings from Buddhist literature, selected by one of the best known American Buddhist teachers-with a new preface and afterword

Jack Kornfield, one of the most respected American Buddhist teachers, has compiled these teachings to impart the essence and inspiration of Buddhism to readers of all spiritual traditions. This treasury of essential Buddhist writings draws from the most popular Indian, Tibetan, Chinese, and Japanese sources, and is perfect for those both new to Buddhism and longtime practitioners. Among the selections:

Also included are traditional instructions on how to practice sitting meditation, cultivate calm awareness, and live with compassion.

Jack Kornfield is one of the key teachers to have brought Buddhist mindfulness practice to the West. He is the cofounder of the Insight Meditation Society in Barre, Massachusetts, and Spirit Rock Meditation Center in Woodacre, California. His books include After the Ecstasy, the Laundry; The Art of Forgiveness, Lovingkindness, and Peace; Meditation for Beginners; and The Wise Heart.