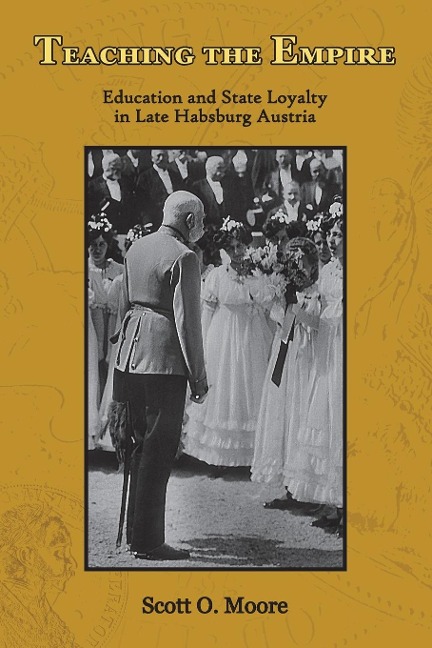 Teaching the Empire explores how Habsburg Austria utilized education to cultivate the patriotism of its people. Public schools have been a tool for patriotic development in Europe and the United States since their creation in the nineteenth century. On a basic level, this civic education taught children about their state while also articulating the common myths, heroes, and ideas that could bind society together. For the most part historians have focused on the development of civic education in nation-states like Germany, France, and the United Kingdom. There has been an assumption that the multinational Habsburg Monarchy did not, or could not, use their public schools for this purpose. Teaching the Empire proves this was not the case.

Through a robust examination of the civic education curriculum used in the schools of Habsburg from 1867-1914, Moore demonstrates that Austrian authorities attempted to forge a layered identity rooted in loyalties to an individual's home province, national group, and the empire itself. Far from seeing nationalism as a zero-sum game, where increased nationalism decreased loyalty to the state, officials felt that patriotism could only be strong if regional and national identities were equally strong. The hope was that this layered identity would create a shared sense of belonging among populations that may not share the same cultural or linguistic background.

Austrian civic education was part of every aspect of school life-from classroom lessons to school events. This research revises long-standing historical notions regarding civic education within Habsburg and exposes the complexity of Austrian identity and civil society, deservedly integrating the Habsburg Monarchy into the broader discussion of the role of education in modern society.