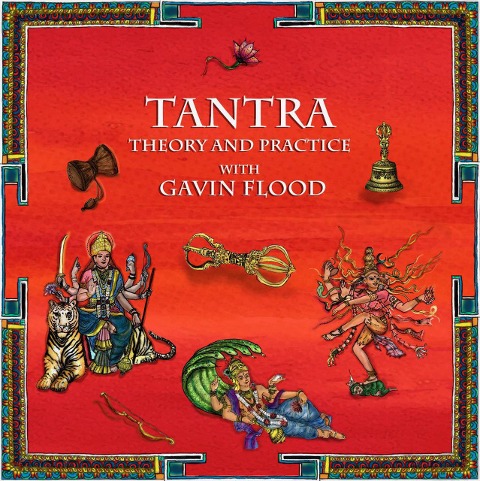 Over five lectures, Gavin Flood, professor of Hindu Studies and Comparative Religion in the Theology and Religion Faculty at Campion Hall at Oxford University, gives an overview of the history, theory and practice of Tantra. He explores aspects from the Saiva Siddhanta tradition to the Non-Saiddhantika, to Buddhist tantra. He gives an overview of the many developments in thought, cosmologies and the varied and fascinating practices that have emerged over the centuries.

• Session 1 - Tantra in history, an overview
• Session 2 - The Saiva Siddhanta Tradition, rituals, cosmology, initiation and liberation
• Session 3 - The Non-Saiddhantika traditions including the path of purity and the path of power
• Session 4 - Tantric Saiva views of the self, the porous self & the gnostic self, Tantric meditation
• Session 5 - Buddhist Tantra - Vajrayana and the influence of Saivism

Gavin Flood is a Professor of Hindu Studies and Comparative Religion in the Theology and Religion Faculty and academic director of the Oxford Centre for Hindu Studies.

Gavin read Religious Studies and Social Anthropology at Lancaster University and taught at the universities of Wales (Lampeter) and Stirling before coming to Oxford. He was elected to membership of the British Academy in 2014. His research interests are in medieval Hindu texts (especially from the traditions of Shiva), comparative religion, and phenomenology. Two recent books are The Importance of Religion: Meaning and Action in Our Strange World (Oxford: Blackwell, 2013) and The Truth Within: A History of Inwardness in Christianity, Hinduism and Buddhism(Oxford University Press, 2014).

The Fifth Discipline: The Art and Practice of t...