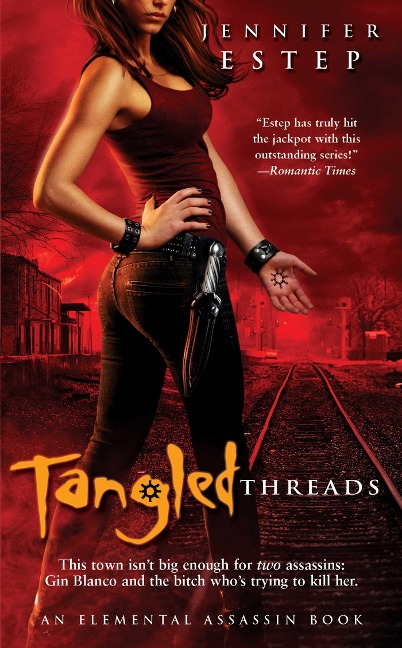 The fourth book in the ?outstanding? (Romantic Times) Elemental Assassin fantasy series featuring Gin Blaco, who by day is a waitress at a Tennessee BBQ joint, and by night is a tough female assassin.

I'd rather face a dozen lethal assassins any night than deal with something as tricky, convoluted, and fragile as my feelings.

But here I am. Gin Blanco, the semi-retired assassin known as the Spider. Hovering outside sexy businessman Owen Grayson's front door like a nervous teenage girl. One thing I like about Owen: he doesn't shy away from my past?or my present. And right now I have a bull's-eye on my forehead. Cold-blooded Fire elemental Mab Monroe has hired one of the smartest assassins in the business to trap me. Elektra LaFleur is skilled and efficient, with deadly electrical elemental magic as potent as my own Ice and Stone powers. Which means there's a fifty-fifty chance one of us won't survive this battle. I intend to kill LaFleur?or die trying?because Mab wants the assassin to take out my baby sister, Detective Bria Coolidge, too. The only problem is, Bria has no idea I'm her long-lost sibling . . . or that I'm the murderer she's been chasing through Ashland for weeks. And what Bria doesn't know just might get us both dead. . . .