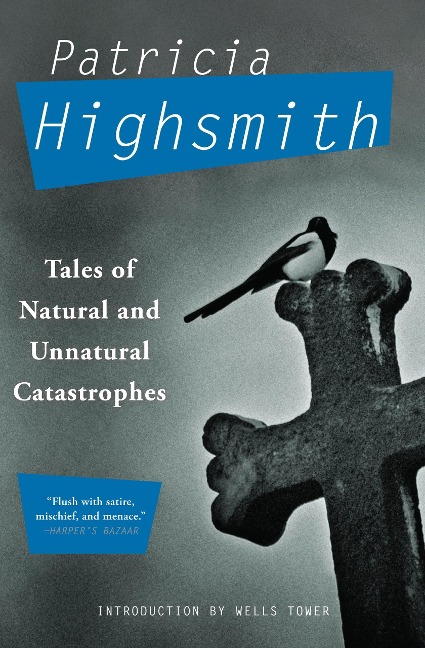 Tales of Natural and Unnatural Catastrophes

The legendary writer Patricia Highsmith is best remembered today for her chilling psychological thrillers The Talented Mr. Ripley and Strangers on a Train, which was made into the classic film by Alfred Hitchcock and Raymond Chandler. A critically-acclaimed best seller in Europe, Highsmith struggled during her life for recognition in the United States, but since her death in 1995 Highsmith's reputation has grown tremendously, and she is now recognized as one of the signature voices of the troubled twentieth century. "When the dust has settled,” critic A.N. Wilson wrote, "and when the chronicle of twentieth-century American literature comes to be written, history will place Highsmith at the top of the pyramid, as we should place Dostoevsky at the top of the Russian hierarchy of novelists.”

Tales of Natural and Unnatural Catastrophes is the last short fiction published during Highsmith's lifetime. The ten eerily up-to-date stories chronicle a world gone slightly mad; environmental degradation, apocalyptic disaster, political chaos, and religious conservatism are captured in incisive prose that leaves us haunted with "afterimages that will tremble-but stay-in our minds” (The New Yorker).
E-Book 09/2018

Patricia Highsmith (1921-1995) was the author of more than twenty novels, including Strangers on a Train, The Price of Salt, and The Talented Mr. Ripley, as well as numerous short stories.