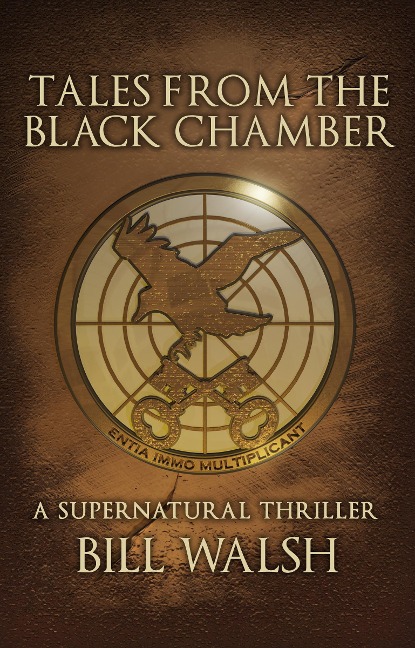 Tales from the Black Chamber: A Supernatural Thriller

When one of her clients turns up dead after buying an apparently unremarkable 16th century breviary, antiquarian book dealer Anne Wilkinson is suddenly swept into a world that she had previously considered imaginary. An esoteric world of occult spells and invocations, of cryptic texts and secret doctrines, a world where necromancers spy through mirrors and armed assassins blow up her office and try to gun her down.

Before she knows it, Anne is recruited by representatives of a secretive government agency established by Calvin Coolidge to fight demons, vampires, werewolves, and other supernatural beings-and finds herself caught up in the pursuit of a renegade priest who seeks the power to unleash one of the darkest forces of the past into an unsuspecting present. When the unthinkable occurs, only Anne and a handful of books stand between humanity and the end of the world. Can her intrepid band of scientist-librarians steeped in occult lore and schooled in NSA-level techniques of surveillance, explosives and heavy weaponry prevent the demon known as Abbadon from immanentizing the eschaton? You'll have to read to the end of this page turning thriller to find out!
E-Book 05/2017

Born in Washington, D.C., Bill Walsh has spent the intervening decades collecting history degrees, foreign languages, and other cognitive miscellany. He lives in a 1920s house in Wisconsin with his very understanding wife, their kids, and a cat named after St. Methodius.