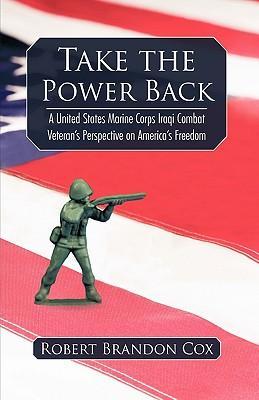 Take the Power Back

After serving as a United States Marine
during the invasion of Iraq in 2003, Robert Brandon Cox
realized his perspective had changed on how American freedom
is interpreted around the world. Now, years after his
service, yet still devoted to his lifelong promise to uphold
and defend America's freedom, Cox is breaking his silence.

From the unique viewpoint of one who was there,
Take the Power Back delivers an honest, forthright look at
America's involvement in Iraq from March 2003 to the present
occupation. Cox dissects major aspects of America's recent
history, including America's drug war, the Bush family
empire, and American political propaganda, and ties together
the loose threads of history to form a more complete picture
of our current role in Iraq.
Cox reveals how our
dependence on oil has fueled both foreign and domestic
policy and explores the U.S. government's systematic
exploitation of power throughout the years. In addition, he
offers ideas and solutions for the diplomatic problems
plaguing our nation and parts the curtain behind Obama's
presidency.
Well-researched and deeply
informative, Take the Power Back is a stirring call to
action, one that will resonate within the heart of every American.