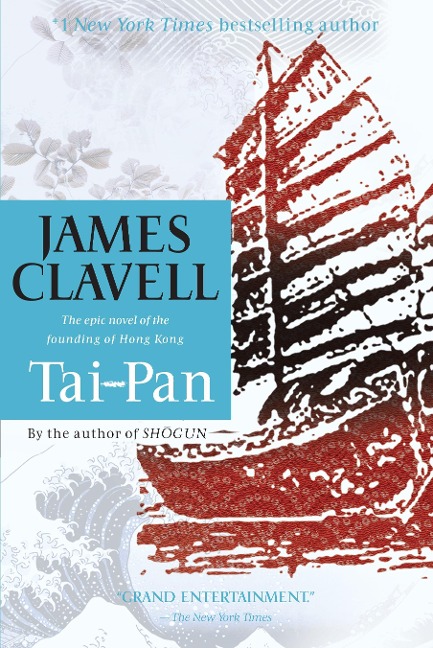 Tai-Pan: The Epic Novel of the Founding of Hong Kong

"A fabulous epic of the Far East that will disturb and excite you . . . a thrilling and enticing tale of adventure and human relationships . . . dramatic episodes, exotic vignettes and heady descriptive passages."-Baltimore Sun

It is the early 19th century, when European traders and adventurers first began  to penetrate the forbidding Chinese mainland. And it is in this exciting time and  exotic place that a giant of an Englishman, Dirk Straun, sets out to turn the desolate  island of Hong Kong into an impregnable fortress of British power, and to make himself  supreme ruler…Tai-Pan!

"[James] Clavell is, as always, a matchless tale-spinner."-Cosmopolitan

"Every five or six years there appears on the horizon a book so vast in scope, so peopled with bold, colorful characters, it eclipses other efforts. . . . Such a book is Tai-Pan."-Pittsburgh Press

"Grand entertainment...packed with action...gaudy and flanboyant with blood and sin, treachery and conspiracy, sex and murder...fresh and vigorous." -The New York Times

James Clavell, who died in 1994, was a screenwriter, director, producer, and novelist born in Sydney, New South Wales, Australia. Although he wrote the screenplays for a number of acclaimed films, including The Fly (1958), The Great Escape (1963), and To Sir With Love (1967), he is best known for his epic novels in his Asian Saga.

From the Paperback edition.