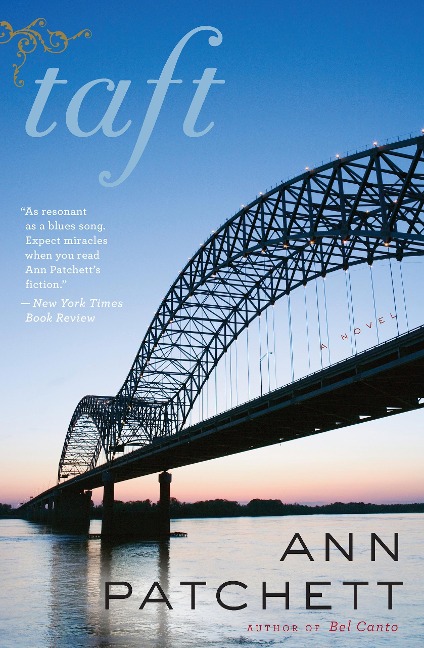 An ex-jazz drummer wants nothing more than to be a good father in this moving family novel by the New York Times-bestselling author of The Dutch House.

When his lover takes away his son, he's left only with his Beale Street, Memphis bar. He hires a young waitress named Fay Taft who brings with her a desperate, dangerous brother, Carl, and the possibility of new intimacy. Nickel finds himself consumed with Fay and Carl's dead father-Taft-obsessing over and reconstructing the life of a man he never met.

A stunning artistic achievement, Taft confirms Ann Pathcett's standing as one of the most gifted writers of her generation and reminds us of our deepest instincts to protect the people we love.

"What could be merely a literary parlor trick-keeping three stories in the air at once-becomes…as resonant as a blues song, each story harmonizing with and answering others…. Expect miracles when you read Ann Patchett's fiction."-New York Times

"Patchett writes with remarkable conviction and attention to telling detail…. [She] is excellent at portraying the steady love and interest that holds the family members together, even though that love and interest isn't always successful in preserving the members from danger."-Jane Smiley, Pulitzer Prize-winning author of Golden Age

ANN PATCHETT is the author of eightnovels: The Patron Saint of Liars, Taft, The Magician's Assistant, Bel Canto, Run, State of Wonder, Commonwealth, andThe Dutch Houseas well asthree books of nonfiction:Truth & Beauty, about her friendship with the writer Lucy Grealy, What Now? an expansion of her graduation address at Sarah Lawrence College, and This is the Story of a Happy Marriage, a collection of essays examining the theme of commitment.