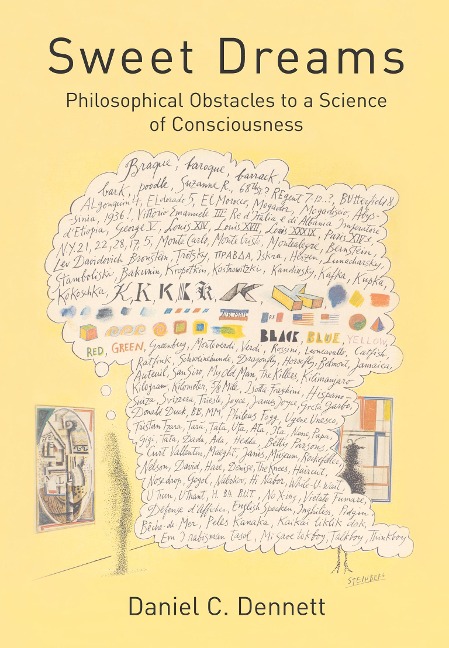 Philosophical Obstacles to a Science of Consciousness

In the years since Daniel Dennett's influential Consciousness Explained was published in 1991, scientific research on consciousness has been a hotly contested battleground of rival theories—"so rambunctious," Dennett observes, "that several people are writing books just about the tumult." With Sweet Dreams, Dennett returns to the subject for "revision and renewal" of his theory of consciousness, taking into account major empirical advances in the field since 1991 as well as recent theoretical challenges.

In Consciousness Explained, Dennett proposed to replace the ubiquitous but bankrupt Cartesian Theater model (which posits a privileged place in the brain where "it all comes together" for the magic show of consciousness) with the Multiple Drafts Model. Drawing on psychology, cognitive neuroscience, and artificial intelligence, he asserted that human consciousness is essentially the mental software that reorganizes the functional architecture of the brain. In Sweet Dreams, he recasts the Multiple Drafts Model as the "fame in the brain" model, as a background against which to examine the philosophical issues that "continue to bedevil the field."

With his usual clarity and brio, Dennett enlivens his arguments with a variety of vivid examples. He isolates the "Zombic Hunch" that distorts much of the theorizing of both philosophers and scientists, and defends heterophenomenology, his "third-person" approach to the science of consciousness, against persistent misinterpretations and objections. The old challenge of Frank Jackson's thought experiment about Mary the color scientist is given a new rebuttal in the form of "RoboMary," while his discussion of a famous card trick, "The Tuned Deck," is designed to show that David Chalmers's Hard Problem is probably just a figment of theorists' misexploited imagination. In the final essay, the "intrinsic" nature of "qualia" is compared with the naively imagined "intrinsic value" of a dollar in "Consciousness—How Much is That in Real Money?"