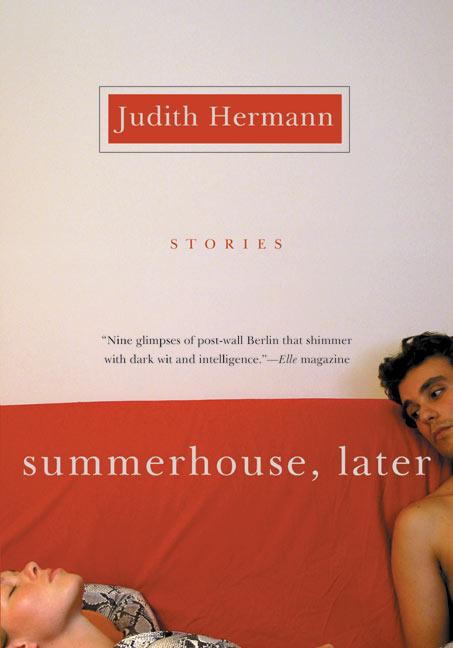 In nine luminous stories of love and loss, loneliness and hope, Judith Hermann's stunning debut collection paints a vivid and poignant picture of a generation ready and anxious to turn their back on the past, to risk uncertainty in search of a fresh, if fragile, equilibrium. An international bestseller and translated into twelve languages, Summerhouse, Later heralds the arrival of one of Germanys most arresting new literary talents.

A restless man hopes to find permanence in the purchase of a summerhouse outside Berlin. A young girl, trapped in a paralyzing web of family stories and secrets, finally manages to break free. A granddaughter struggles to lay her grandmother's ghosts to rest. A successful and simplistic artist becomes inexplicably obsessed with an elusive and strangely sinister young girl.

Against the backdrop of contemporary Berlin, possibly Europe's most vibrant and exhilarating city, Hermann's characters are as kaleidoscopic and extraordinary as their metropolis, united mostly in a furious and dogged pursuit of the elusive specter of "living in the moment." They're people who, in one way or another, constantly challenge the madness of the modern world and whose dreams of transcending the ordinary for that "narrow strip of sky over the rooftops" are deeply felt and perfectly rendered.

Judith Hermann lives in Berlin, where she works as a freelance writer. Summerhouse, Later is her first book.