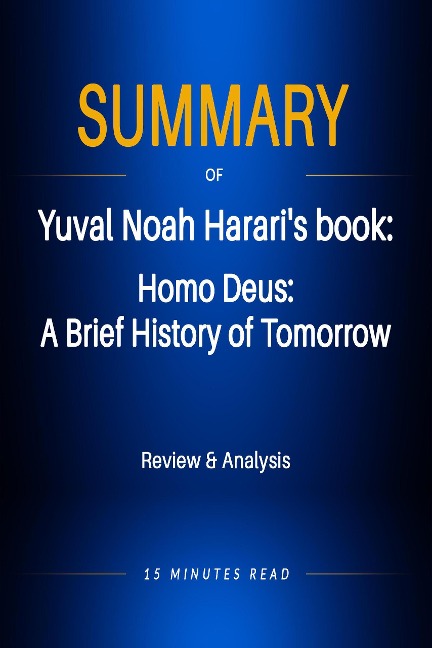 Where is Homo Sapiens headed in a world increasingly shaped and regulated by science and technology?

Over the centuries, Homo Sapiens has evolved from Stone Age hunter-gatherers to rulers of the planet. For the first time, more people are dying from eating too much instead of too little, from suicide instead of violence or war, from old age instead of infectious diseases. But that leaves humanity with the need to set new goals... and to make sure not to destroy itself in achieving them.

"Homo Deus" looks at the future of humanity, based on an analysis of its past achievements and failures, as well as scientific research into the human brain and behavior. In the process, Israeli historian and professor of history Yuval Noah Harari takes the reader from evolution, to religions, to bio- and cyborg technology, and artificial intelligence. On the agenda are the overcoming of death, the attainment of lasting bliss, and the data-based transformation of Homo Sapiens into its successor model, Homo Deus.

This summary makes it simple to get a profound overview in a short time or to quickly recapitulate the original book and thus supplement one's own reading experience. It concentrates the key messages, main ideas, viewpoints and arguments from the book Homo Deus: A History of Tomorrow.

You will learn how Homo Sapiens began to shape not only his environment but also himself at will, why systems like communism and liberalism are religions, and how artificial intelligence erases the boundary between living beings and machines.