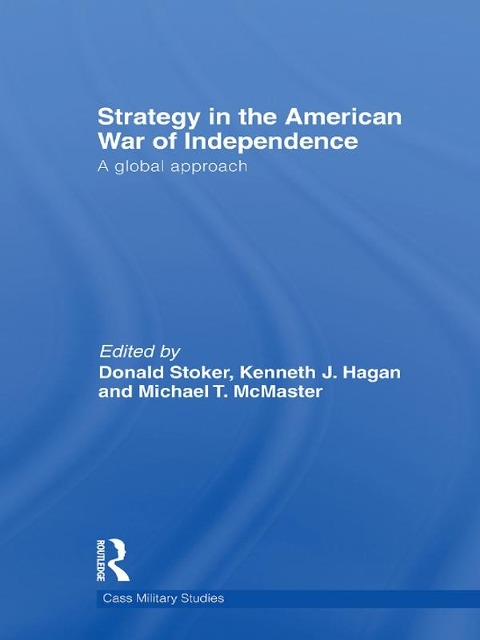 Strategy in the American War of Independence

This book examines the strategies pursued by the Colonies and the other combatants in the American War for Independence, placing the conflict in its proper global context.

Many do not realize the extent to which the 1775 colonial rebellion against British rule escalated into a global conflict. Collectively, this volume examines the strategies pursued by the American Colonies, Great Britain, France, Spain, and Holland, and the League of Armed Neutrality, placing the military, naval, and diplomatic elements of the struggle in their proper global context. Moreover, assessing how each nation prosecuted their respective wars provides lessons for current students of strategic studies and military and naval history.

This book will be of great interest to students of strategic studies, American history, Military History and political science in general.

Michael T. McMaster is a Professor at the U.S. Naval War College in Monterey. He is a retired U.S. Navy Commander.

Donald Stoker is Professor of Strategy and Policy for the U.S. Naval War College's Monterey Program. He is the author or editor of a number of books, including the prize-winning The Grand Design: Strategy and the U.S. Civil War (OUP, 2010).

Kenneth J. Hagan, Professor Emeritus, the U.S. Naval Academy, served as Professor of Strategy and Policy for the U.S. Naval War College's Monterey Program from 1999-2010. He is the author of many books, including This People's Navy: The Making of American Sea Power (Free Press).

Michael T. McMaster is a Professor of Joint Maritime Operations for the U.S. Naval War College's Montery Program. A retired U.S. Navy Commander, he is the co-editor of In Peace and War: Interpretations of American Naval History (Praeger, 2008).