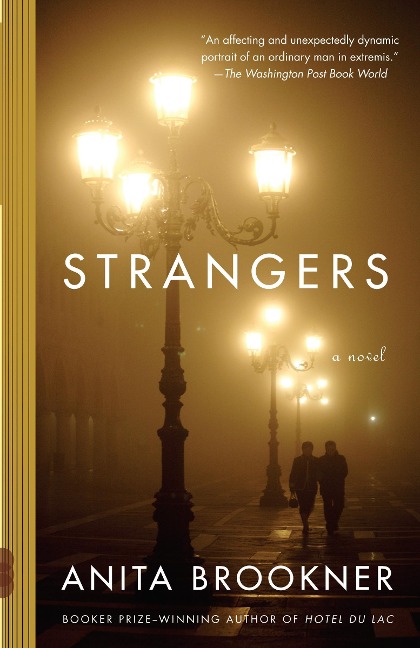 Booker Prize-winner Anita Brookner captures the magic and depth of real life with this story of an ordinary man whose unexpected longings, doubts, and fears are universal.

Paul Sturgis is resigned to his bachelorhood and the quietude of his London flat. He occasionally pays obliging visits to his nearest living relative, Helena, his cousin's widow. To avoid having to turn down her Christmas invitation, Paul sets off for a holiday in Venice where he meets Mrs. Vicky Gardner, an intriguing woman in the midst of a divorce. Upon his return to England, a former girlfriend, Sarah, reenters Paul's world and these two women spark a transformation in Paul, culminating in a shocking decision.

Anita Brookner was born in London and, apart from several years in Paris, has lived there ever since. She trained as an art historian and taught at the Courtauld Institute of Art until 1988. Strangers is her twenty-fourth novel.