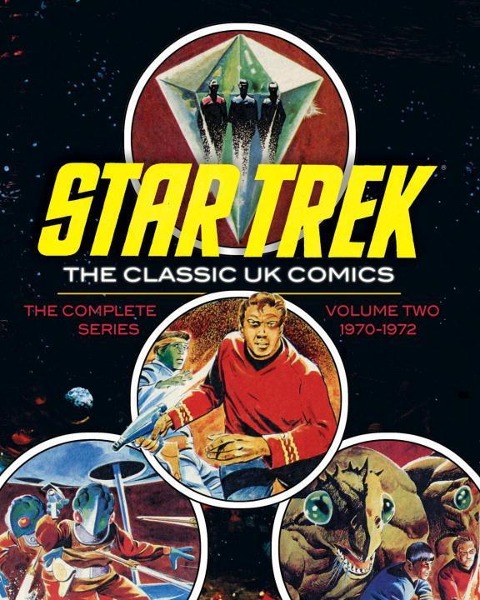 This second volume fills in another major gap in Star Trek lore, courtesy of these never-before reprinted comics that originally appeared in weekly British magazines in the early 1970s. There's much to love about these wonky, way-out writings and their atypical artwork. These oft-forgotten Star Trek tales represent a different era. They're lost gems with many facets and a unique perspective, an eccentric corner of Star Trek history unlike any other. These are the U.K. voyages of the Starship Enterprise—and, now, at last, fans everywhere can experience them.

As a special bonus, Rich Handley provides the first half of a detailed encyclopedia of all things Star Trek from these British comics. Exploring the minutiae is half the fun of enjoying a franchise, and when it comes to Trek, there's no end of trivia to devour!

John Stokes has been a mainstay in British comics since the 1960s, for IPC and then Marvel UK. He's best known for the IPC series Fishboy, and has drawn Star Wars, Dr. Who, the Black Knight, and various comics for DC Comics and its Vertigo imprint.