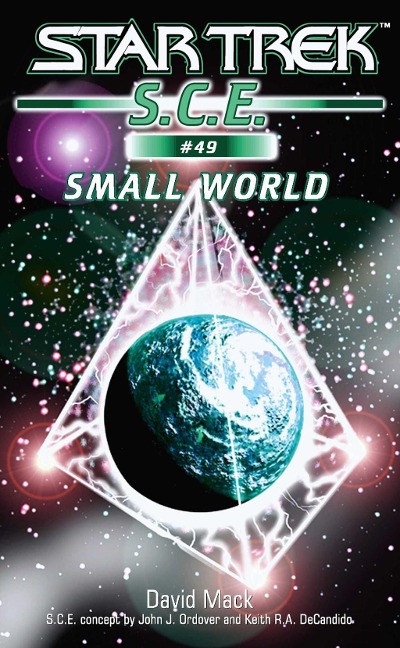 STARFLEET CORPS OF ENGINEERS
The da Vinci 's latest mission involves bringing precious cargo to the Mu Arae system -- an entire world that, through a miraculous feat of engineering, is being stored in a small, pyramid-shaped box. Unfortunately, a hostile species wants the pyramid -- and its amazing technology -- for itself, and won't hesitate to go through the da Vinci to get it.
To make matters worse, the caretaker of the world is in critical condition in sickbay. The S.C.E. must figure out the secret of the planet-in-a-box before it's destroyedS
SMALL WORLD

The Mindful Way through Pregnancy

Take Me With You