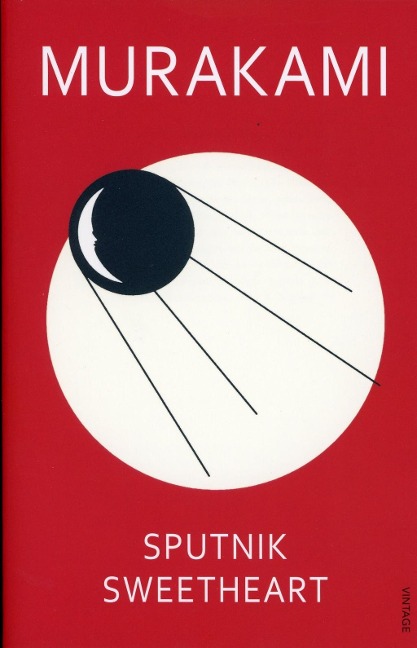 Sumire is in love with a woman seventeen years her senior. But whereas Miu is glamorous and successful, Sumire is an aspiring writer who dresses in an oversized second-hand coat and heavy boots like a character in a Kerouac novel.

Sumire spends hours on the phone talking to her best friend K about the big questions in life: what is sexual desire, and should she ever tell Miu how she feels for her? Meanwhile K wonders whether he should confess his own unrequited love for Sumire.

Then, a desperate Miu calls from a small Greek island: Sumire has mysteriously vanished...

COLORLESS TSUKURU TAZAKI AND HIS YEARS OF PILGRIMAGE

'The reason why death had such a hold on Tsukuru Tazaki was clear. One day his four closest friends, the friends he'd known for a long time, announced that they did not want to see him, or talk with him, ever again'

In 1978, Haruki Murakami was 29 and running a jazz bar in downtown Tokyo. One April day, the impulse to write a novel came to him suddenly while watching a baseball game. That first novel, Hear the Wind Sing, won a new writers' award and was published the following year. More followed, including A Wild Sheep Chase and Hard-Boiled Wonderland and the End of the World, but it was Norwegian Wood, published in 1987, which turned Murakami from a writer into a phenomenon. His books became bestsellers, were translated into many languages, including English, and the door was thrown wide open to Murakami's unique and addictive fictional universe.

Murakami writes with admirable discipline, producing ten pages a day, after which he runs ten kilometres (he began long-distance running in 1982 and has participated in numerous marathons and races), works on translations, and then reads, listens to records and cooks. His passions colour his non-fiction output, from What I Talk About When I Talk About Running to Absolutely On Music, and they also seep into his novels and short stories, providing quotidian moments in his otherwise freewheeling flights of imaginative inquiry. In works such as The Wind-Up Bird Chronicle, 1Q84 and Men Without Women, his distinctive blend of the mysterious and the everyday, of melancholy and humour, continues to enchant readers, ensuring Murakami's place as one of the world's most acclaimed and well-loved writers.

South of the Border, West of the Sun

Kafka on the Shore

There's No Such Thing as an Easy Job

H.P. Lovecraft's at the Mountains of Madness Vo...

H.P. Lovecraft's at the Mountains of Madness Vo...

City of the Beasts

Vulgar the Viking and the Battle of Burp