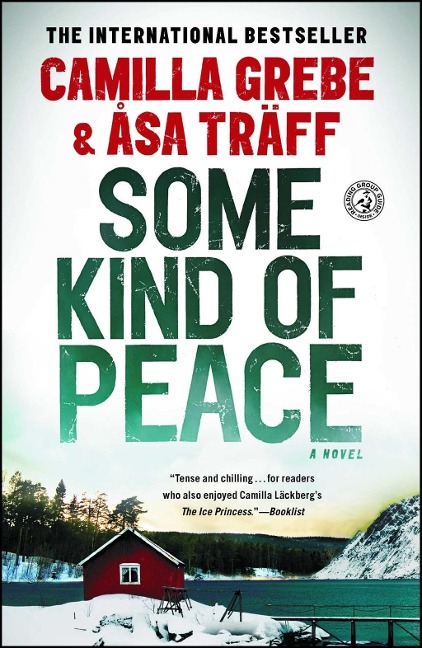 Some Kind of Peace

It seems so idyllic. But something is out of place. In the neatly raked gravel parking area is a dazzlingly clean black Jeep. The paint of the Jeep reflects a clematis with large pure white blossoms climbing up a knotted old apple tree. Someone is lying under the low trunk and crooked branches of the tree. A young woman, a girl. . . .

Siri Bergman is a thirty-four-year-old psychologist who works in central Stockholm and lives alone in an isolated cottage out of the city. She has a troublesome secret in her past and has been trying to move on with her life. Terrified of the dark, she leaves all the lights on when she goes to bed?having a few glasses of wine each night to calm her nerves?but she can't shake the feeling that someone is watching her through the blackened windows at night.

When the lifeless body of Sara Matteus?a young patient of Siri's with a history of drug addiction and sexual abuse?is found floating in the water near the cottage, Siri can no longer deny that someone is out there, watching her and waiting. When her beloved cat goes missing and she receives a photo of herself from a stalker, it becomes clear that Siri is next. Luckily, she can rely on Markus, the young policeman investigating Sara's death; Vijay, an old friend and psychology professor; and Aina, her best friend. Together, they set about profiling Siri's aspiring murderer, hoping to catch him before he kills again.

But as their investigation unfolds, Siri's past and present start to merge and disintegrate so that virtually everyone in her inner circle becomes a potential suspect. With the suspense building toward a dramatic conclusion as surprising as it is horrifying, Siri is forced to relive and reexamine her anguished past, and finally to achieve some kind of peace.