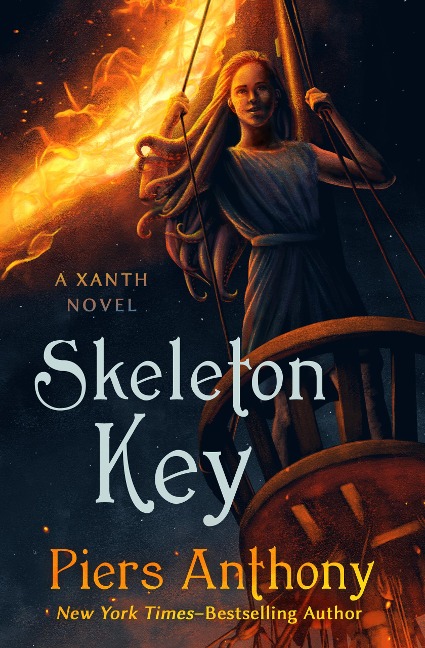 There's no dancing around a demonic threat in the fantasy world of Xanth in the New York Times-bestselling series.

Squid, the alien cuttlefish, is getting an upgrade: a boost to her shape-changing talent so she can lead a mission against a foreign Demon who's stirring up trouble in Xanth. At Squid's side are her rescued siblings and one very special child-Larry, a girl in a boy's body, who will act as a secret host for their adoptive mother, the Demoness Fornax.

Aboard the Fire Boat, they form a plan to disguise themselves as a traveling dance troupe. Each child is paired up with a native Xanthian. But it's the friendship that blossoms between Squid and Larry that will power their quest, and they'll have to do some fancy footwork to avoid the trials and tribulations that await them.

Piers Anthony is one of the world's most popular fantasy writers, and a New York Times-bestselling author twenty-one times over. His Xanth novels have been read and loved by millions of readers around the world, and he daily receives hundreds of letters from his devoted fans. In addition to the Xanth series, Anthony is the author of many other bestselling works. He lives in Inverness, Florida.