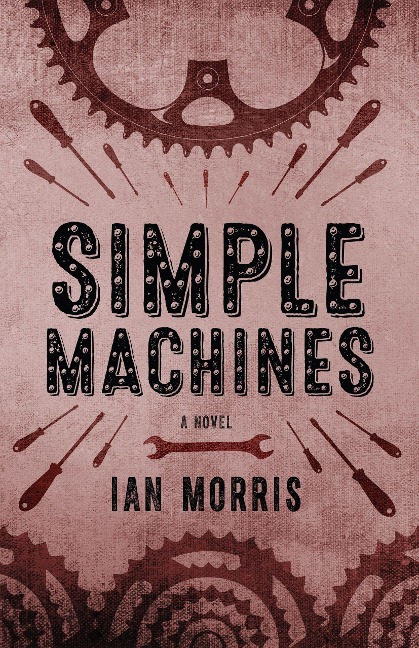 Simple Machines is a novel of passage - of myth and unexpected consequence - set in Wisconsin during one year in the life of Tomas Zimmermann.

Tomas lives in an apartment above the bike shop owned by his father, Ernst Zimmermann, a war refugee from Germany and a former professional bike racer who is escaping a life of bitter disappointment.

Through high school graduation and over a last summer at home on an island in Lake Superior, Tomas keeps company with Grey and Callie, his best friends since childhood, as they contemplate what will happen next.

In the fall, Tomas leaves the island of Saint Raphael, where he has lived since age of six, and heads south by bike toward an uncertain future.

At school Tom is befriended by a charismatic history professor and through him meets the members of an eccentric guerilla theater group, who are in the midst of a bold theatrical production. As Simple Machines approaches a climax, Grey and Callie reappear with trouble of their own, and Tom is forced to choose between loyalty to his friends and father at home and the college world in which he feels a new sense of belonging.

Ian Morris is the author of the novel When Bad Things Happen to Rich People and co-editor of The Little Magazine in Contemporary America. He lives in Chicago.