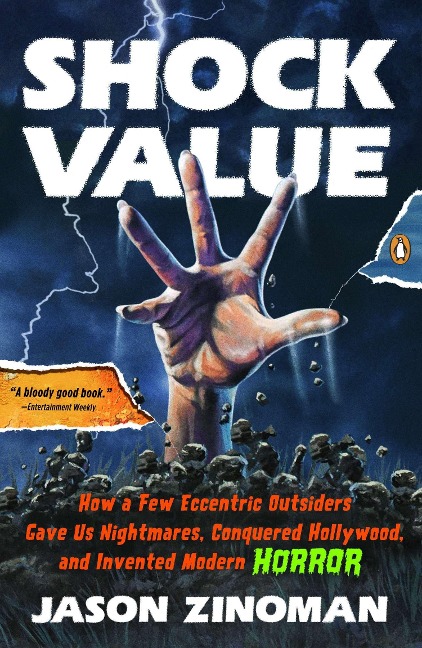 Much has been written about the storied New Hollywood of the 1970s, but at the same time that Steven Spielberg and Martin Scorcese were producing their first classic movies, a parallel universe of directors gave birth to the modern horror film. Shock Value tells the unlikely story of how directors like Wes Craven, Roman Polanski, and John Carpenter revolutionized the genre in the 1970s, plumbing their deepest anxieties to bring a gritty realism and political edge to their craft. From Rosemary's Baby to Halloween, the films they unleashed on the world created a template for horror that has been relentlessly imitated but rarely matched. Based on unprecedented access to the genre's major players, this is an enormously entertaining account of a hugely influential golden age in American film.

Jason Zinoman is a critic and reporter covering theater for The New York  Times. He has also regularly written about movies, television, books  and sports for publications such as Vanity Fair, The Guardian and Slate.  He was the chief theater critic for Time Out New York before leaving to  write the On Stage and Off column in the Weekend section of the Times.  He grew up in Washington D.C. and now lives in Brooklyn.