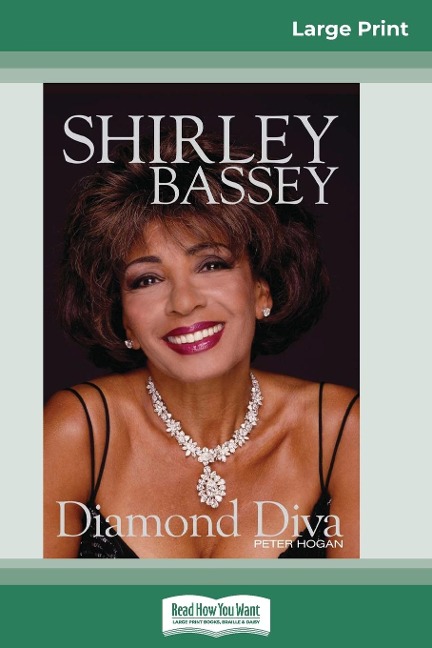 As the ''Times'' review pointed out, the overriding successes of 2007's Glastonbury Festival were those of two female performers. One was Lily Allen; the other was Dame Shirley Bassey. Conditions onstage were almost as bad as down in the mud with the crowd, yet the 70 - year - old Bassey managed to pull her orchestra and the audience with her all the way.This long - awaited new biography opens with the now - famous helicopter emergency landing that followed Bassey's performance, then backtracks to her youth in Cardiff's Tiger Bay in the 1930s. From this moment on, the keyword in this sparkling biography is context. Most people have no real idea what the 1950s, 1960s and 1970s were actually like in Britain, because they believe the cliches. The reality was much bleaker - a grey world punctuated by the occasional flash of colour ... and Shirley Bassey was undeniably one of those flashes.The list of obstacles she had to overcome on her way to stardom is daunting: extreme poverty, a mixed - race background, an illegitimate child at the age of 16 ... and yet within a few years she transformed herself into the Shirley Bassey we all know - and eventually into an icon and a diva. She may be only two years younger than Elvis, and only a few years older than the Beatles, but these acts were not her chart rivals - and nor were Tommy Steele or Cliff Richard. Bassey's competition lay in the orthodox showbiz world of performers such as Vera Lynn, Liberace and the Beverley Sisters. Bassey blasted her way through with sheer sex appeal, of which her sense of humour is as much a key ingredient as her shimmering skin - tight costumes.While very few ''easy listening'' acts of the 1960s and 1970s have managed to cross over into mass acceptance by a modern audience, Bassey is one who has. What's more, she seems now - much like Johnny Cash - to have been adopted by younger artists eager to work with her. In recent years she has collaborated with Yello, Billy Mackenzie, the Propellerheads and Never The Bride. In short, she still enjoys dizzying popularity, and Peter Hogan's refreshing new insights put her career into brilliant perspective.