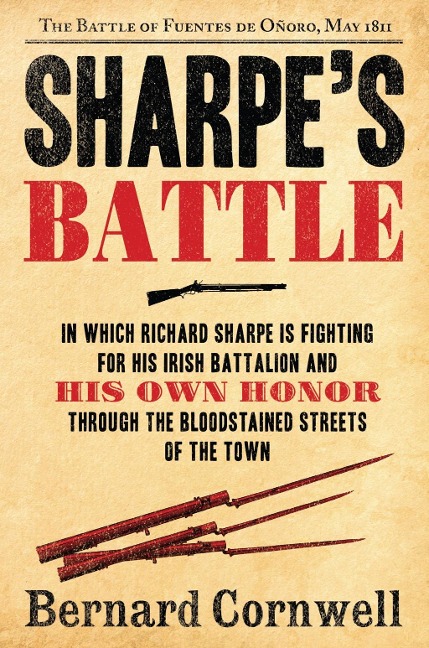 The Battle of Fuentes de Onoro, May 1811

From New York Times bestselling author Bernard Cornwell, the twelth installment in the world-renowned Sharpe series, chronicling the rise of Richard Sharpe, a Private in His Majesty's Army at the siege of Seringapatam.

Quartered in a crumbling Portuguese fort, Richard Sharpe and his men are attacked by an elite French unit, led by an old enemy of Sharpe's, and suffer heavy losses.

The army's high command blame Sharpe for the disaster and his military career seems to be ruined. His only hope is to redeem himself on the battlefield. So with his honour at stake, against an overwhelming number of French troops, Sharpe leads his men to battle in the narrow streets of Fuentes de Oñoro.