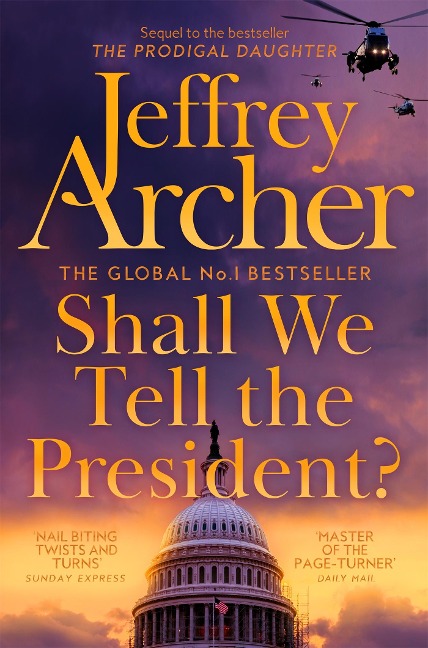 Shall We Tell The President

Shall We Tell the President is an enthralling, fast-paced thriller from the bestselling author of Kane and Abel, Jeffrey Archer.

At the end of The Prodigal Daughter, Florentyna Kane is elected President - the first woman President of the United States. At 7.30 one evening the FBI learn of a plot to kill her - the 1572nd such threat of the year. At 8.30 five people know all the details. By 9.30 four of them are dead.

FBI agent Mark Andrews alone knows when. He also knows that a senator is involved. He has six days to learn where - and how. Six days to prevent certain death of the President.