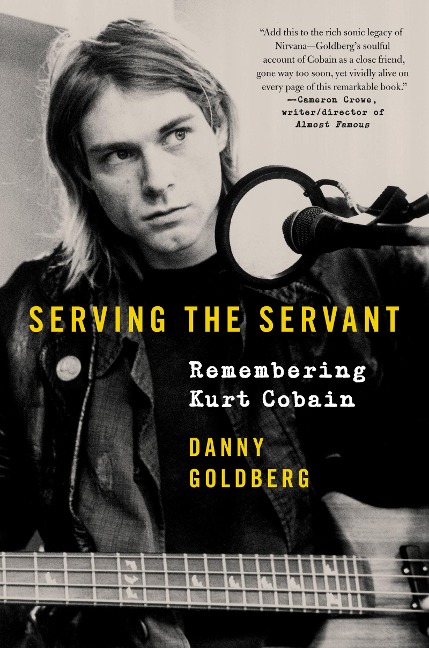 In early 1991, top music manager Danny Goldberg agreed to take on Nirvana, a critically acclaimed new band from the underground music scene in Seattle. He had no idea that the band's leader, Kurt Cobain, would become a pop-culture icon with a legacy arguably at the level of that of John Lennon, Michael Jackson, or Elvis Presley. Danny worked with Kurt from 1990 to 1994, the most impactful period of Kurt's life. This key time saw the stratospheric success of Nevermind, which turned Nirvana into the most successful rock band in the world and made punk and grunge household terms; Kurt's meeting and marriage to the brilliant but mercurial Courtney Love and their relationship that became a lightning rod for critics; the birth of their daughter, Frances Bean; and, finally, Kurt's public struggles with addiction, which ended in a devastating suicide that would alter the course of rock history. Throughout, Danny stood by Kurt's side as manager, and close friend.

Drawing on Goldberg's own memories of Kurt, files that previously have not been made public, and interviews with, among others, Kurt's close family, friends, and former bandmates, Serving the Servants sheds an entirely new light on these critical years. Casting aside the common obsession with the angst and depression that seemingly drove Kurt, Serving the Servants is an exploration of his brilliance in every aspect of rock and roll, his compassion, his ambition, and the legacy he wrought—one that has lasted decades longer than his career did. Danny Goldberg explores what it is about Kurt Cobain that still resonates today, even with a generation who wasn't alive until after Kurt's death. In the process, he provides a portrait of an icon unlike any that has come before.

Danny Goldberg is president and owner of Gold Village Entertainment, an artist management company; former CEO and founder of Gold Mountain Entertainment; former chairman and CEO of both Mercury Records and Artemis Records; former CEO of Air America; and frequent contributor to the Los Angeles Times, The Nation, Huffington Post, Dissent, Billboard, and many other outlets. He is the author of In Search of the Lost Chord, Bumping into Geniuses, and How the Left Lost Teen Spirit, and coeditor of It's a Free Country. He lives in Pound Ridge, New York.