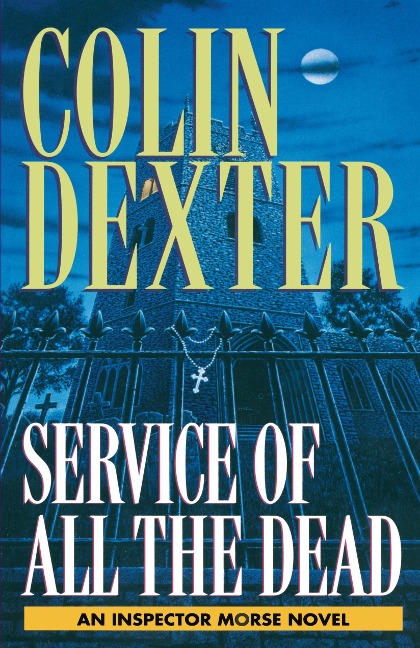 Service of All the Dead

"[MORSE IS] THE MOST PRICKLY, CONCEITED, AND GENUINELY BRILLIANT DETECTIVE SINCE HERCULE POIROT."
--The New York Times Book Review
This time Inspector Morse brings the imposition on himself. He could have been vacationing in Greece instead of investigating a murder that the police have long since written off. But he finds the crime--the brutal killing of a suburban churchwarden--fascinating. In fact, he uncovers not one murder but two, for the fatal fall of St. Frideswides vicar from the church tower Morse reckons to be murder as well. And as he digs into the lives and unsanctified lusts of the late vicar's erring flock, the list of the dead grows longer. Not even the oddly appealing woman he finds scrubbing the church floor can compensate Morse for the trouble he's let himself in for. So he has another pint, follows his hunches, and sets out to untangle the deadly business of homicide. . . .
"A BRILLIANTLY PLOTTED DETECTIVE STORY."
--Evening Standard (London)
"WILY. . . ELEGANT."
--Observer (London)

Colin Dexter twice won the Gold Dagger Award, the Crime Writers' Association's honor for the best novel of the year. He was the author of many novels, novellas, and short stories featuring Inspector Morse. He died in 2017.