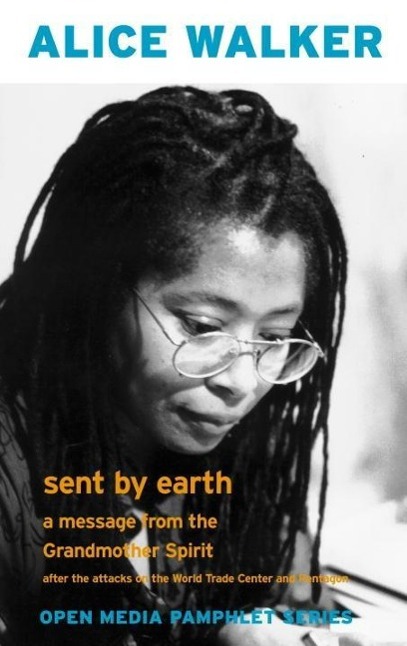 A Message from the Grandmother Spirit

Now more timely than ever, Alice Walker's Sent By Earth reflects on the tragedy of September 11, 2001, and addresses the anger many Americans felt at the presumed perpetrator of the attack: Osama bin Laden. In powerfully reflective, nuanced, and above all heartfelt prose, Walker explores the seeds of hatred and resentment around the globe, and advances a surprisingly controversial theory: that hatred can never be defeated by hatred, but only by love.

Winner of the Pulitzer Prize and the National Book Award, ALICE WALKER is the author of more than thirty books including The Color Purple and Sent by Earth. Her writings have been translated into more than two dozen languages. From her essays concerning the civil rights movement to her cries for intervention on the Gaza Strip, Walker continually and eloquently calls attention to ignored injustices around the world.