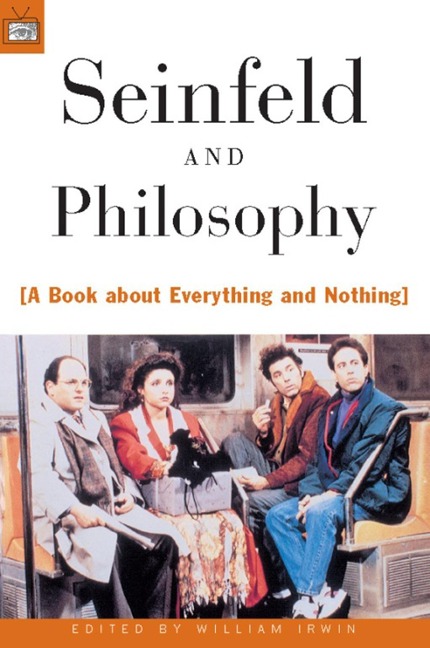 A Book about Everything and Nothing

Designed for philosophers as well as readers with no particular philosophical background, the essays in this lively book are grouped into four amusing acts. Act One looks at the four Seinfeld characters through a philosophical lens and includes Jerry and Socrates: The Examined Life? Act Two examines historical philosophers from a Seinfeldian standpoint and offers Plato or Nietzsche? Time, Essence, and Eternal Recurrence in Seinfeld. Act Three, Untimely Meditations by the Water Cooler, explores philosophical issues raised by the show, such as, Is it rational for George to do the opposite? And Act Four, Is There Anything Wrong with That?, discusses ethical problems of everyday life using Seinfeld as a basis. Seinfeld and Philosophy also provides a guide to Seinfeld episodes and a chronological list of the philosophers cited in this book.
E-Book 08/1999

William Irwin is an assistant professor of philosophy at King's College in Wilkes-Barre, PA. He is the author of Intentionalist Interpretation: A Philosophical Explanation and Defense.