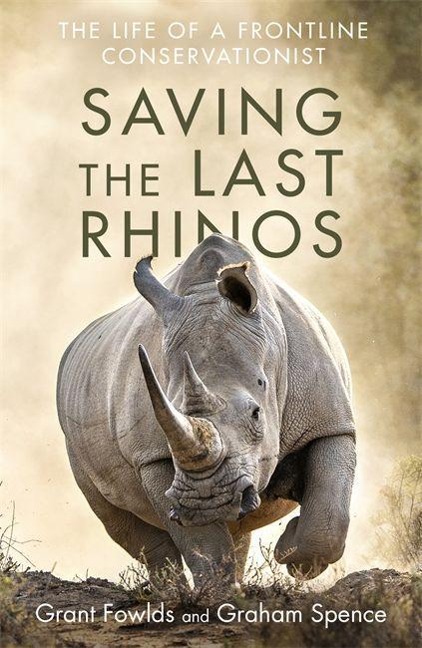 One Man's Fight to Save Africa's Endangered Animals

'A truly heart-wrenching story, but a must-read for all who value our wild animals and their right to roam free'

Grant Fowlds is a conservationist who has dedicated his life to saving Africa's critically endangered rhinos. His remarkable story is vividly told with the help of Graham Spence, co-author with Lawrence Anthony of the phenomenal bestseller The Elephant Whisperer.

What would drive a man to 'smuggle' rhino horn back into Africa at great risk to himself? This is just one of the situations Grant Fowlds has put himself in as part of his ongoing fight against poaching, in order to prove a link between southern Africa and the illicit, lucrative trade in rhino horn in Vietnam.

Rhinoceroses are being killed at an escalating rate that puts the survival of the species in jeopardy. This corrupt, illegal war on wildlife has brought an iconic animal to the brink of extinction.

Growing up on a farm in the Eastern Cape of South Africa, Grant developed a deep love of nature, turning his back on hunting to focus on saving wildlife of all kinds and the environment that sustains both them and us. He puts himself on the front line of protecting rhinos in the wild - right now, against armed poachers; but in the longer term, too, through his tireless work with schoolchildren, communities and policymakers.

'Read this book. You will get a sense of Africa like never before, from a true African soul'
David S. Lee, Limbani in the blockbuster movie Black Panther

GRANT FOWLDS is a South African conservationist with a unique commitment to everything endangered. Grant's vision is to try to fill the shoes of the late elephant whisperer Lawrence Anthony and his recent undercover filming of a tusk and horn auction in Vietnam demonstrates that he is on the right track.

GRAHAM SPENCE is a journalist and editor. Originally from South Africa, he lives in England. Together he and his brother-in-law, conservationist Lawrence Anthony, wrote The Elephant Whisperer, the story of the incredible relationship forged between one man and a herd of wild African elephants. Other books with Lawrence Anthony include Babylon's Ark: The Incredible Wartime Rescue of the Baghdad Zoo, and The Last Rhinos: The Powerful Story of One Man's Battle to Save a Species.