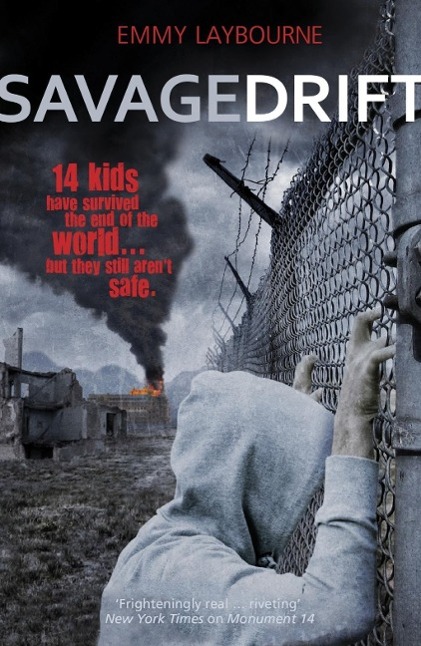 Dean, Alex, and the other survivors of the Monument 14 have escaped the disaster zone and made it to the safety of a Canadian refugee camp. Some of the kids have even been reunited with their families and are making tentative plans for the future. Then, Niko learns that his lost love, Josie, has survived ...

For Josie, separated from the group and presumed dead, life has gone from bad to worse. Trapped in a terrible prison camp with other exposed O blood types and traumatized by her experiences,she has given up all hope of rescue.

Meanwhile, scared by the government's unusual interest in her pregnancy, Astrid - along with her two protectors, Dean and Jake - flees the camp to join Niko on his desperate quest to be reunited with Josie.

In a stunningly fierce conclusion to the Monument 14 trilogy, author Emmy Laybourne ups the stakes even more for a group of kids who have already survived the unthinkable. Can they do so one last time?

'Monument 14 is raw, honest, gritty, and full of emotionally taut storytelling. I had to hug so many
kittens after reading it that the pet store asked me not to come back." Lish McBride, author of Hold Me Closer, Necromancer