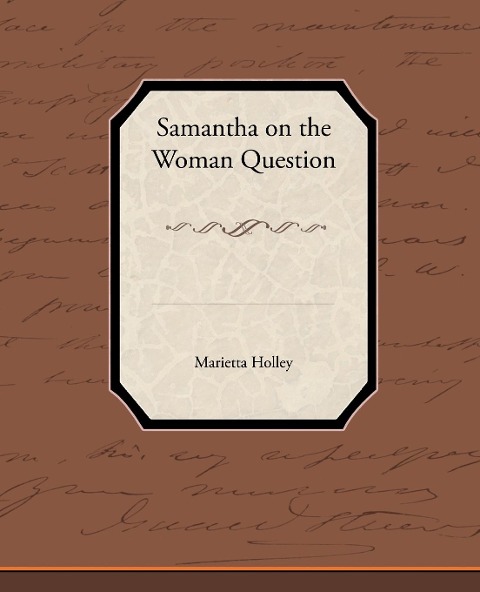 Samantha on the Woman Question

Why, her sufferin's date back before she wuz born, and that's goin' pretty fur back. Her father and mother had some difficulty and he wuz took down with billerous colick, voylent four weeks before Serepta wuz born. And some think it wuz the hardness between 'em and some think it wuz the gripin' of the colick when he made his will, anyway he willed Serepta away, boy or girl whichever it wuz, to his brother up on the Canada line.