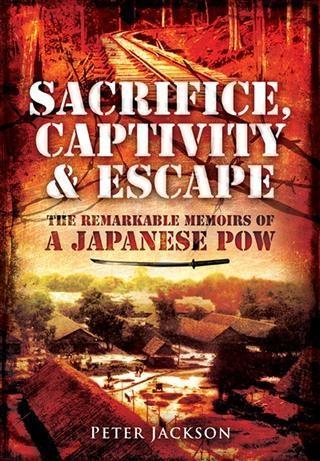 This powerful memoir of a WWII POW recounts his incredible journey from joining the British Army to life as a prisoner of the Imperial Japanese military.

Peter Jackson was young and recently married when he was drafted into the British Army at the start of World War II. He was sent to Singapore just as the city was being evacuated, and within days he was taken prisoner by the Imperial Japanese Army. Peter was one of the very few to survive the hardship, illnesses and brutality that followed. Like so many he was forced into labor, first in Singapore and then on the infamous Thai-Burma railway. But while there, he remarkably escaped with seven other soldiers. When recaptured, he was treated harshly.

Jackson's memoir brings to life both the characters of his comrades and the Japanese soldiers and guards he encountered. Though the experience was truly harrowing, and many of his fellow prisoners despaired at losing years of their young lives, Jackson maintained a sense of hope that they would one day return home
E-Book 01/2013

Peter Jackson is an author and a historian.