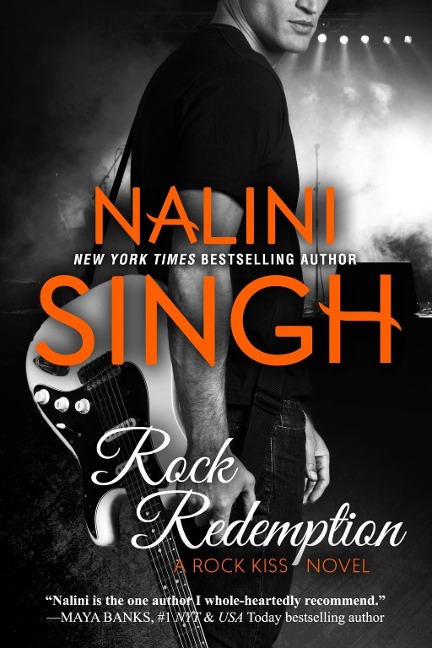 From New York Times bestselling author Nalini Singh comes the next contemporary romance in the Rock Kiss series...Kit Devigny could have loved rock guitarist Noah St. John. Their friendship burned with the promise of intense passion and searing tenderness...until the night Noah deliberately shattered her heart.Noah knows he destroyed something precious the night he chose to betray Kit, but he'd rather she hate him than learn his darkest secret. All he has left is his music. It's his saving grace, but it doesn't silence the voices that keep him up at night. Chasing oblivion through endless one-night-stands, he earns a few hours' sleep and his bad boy reputation.When a media error sees Noah and Kit dubbed the new &quote;it&quote; couple, Kit discovers her chance at the role of a lifetime hinges on riding the media wave. Wanting-needing-to give Kit this, even if he can't give her everything, Noah agrees to play the adoring boyfriend. Only the illusion is suddenly too real, too painful, too beautiful...and it may be too late for the redemption of Noah St. John.

The Best of Beneath Ceaseless Skies Online Maga...

A Place of Yes

A World Without Heroes