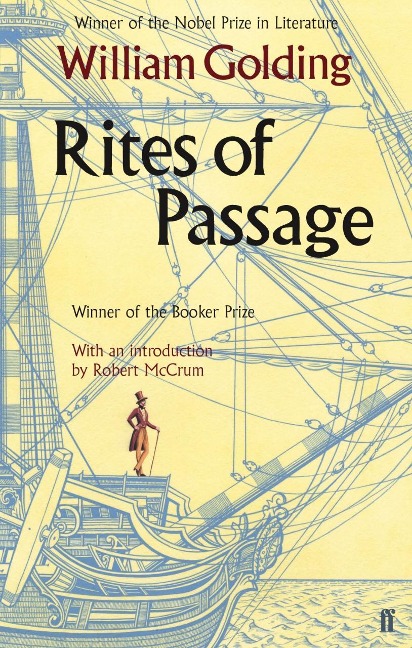 With an introduction by Robert McCrum

Lose yourself in an epic naval journey in this Booker Prize-winning novel: the first in the acclaimed Sea Trilogy by the author of Lord of the Flies.

I grow a little crazy, I think, like all men at sea who live too close to each other and too close thereby to all that is monstrous under the sun and moon . . .

Edmund Talbot is sailing to Australia in the early nineteenth century. In his journal, he records mounting tensions aboard the ancient, stinking warship, as officers, sailors, soldiers and emigrants jostle in the cramped darkness below decks. But when something happens to Reverend Colley that brings him into a 'hell of self-degradation', it seems that shame is a force deadlier than the sea itself . . .

To The Ends of the Earth: A Sea Trilogy - Book One

'It is the emotional veracity of life at sea that powers Golding's exceptional writing ... The fury, mystery and challenge of life on board.' Kate Mosse

'Golding writes the past as present [with] uncanny skill and tremendous intuition.' Ben Okri

'A master at the full stretch of his age and wisdom - necessary, provoking, urgent, rich, complex and rare.' The Times

'Golding's best and most accessible story since Lord of the Flies.' Melvyn Bragg

To The Ends of the Earth: A Sea Trilogy - Book One

Our House is on Fire

Till We Meet Again