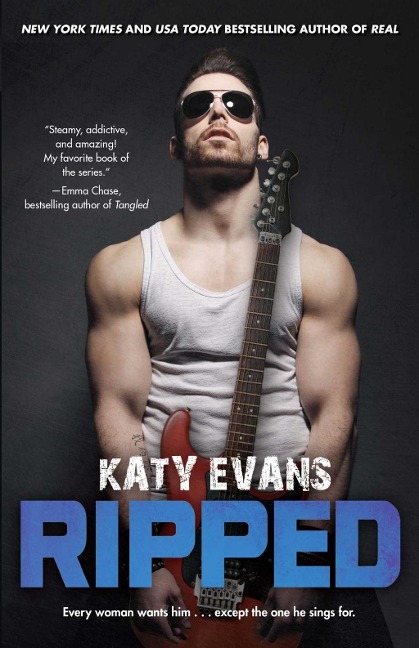 The fifth book in the New York Times new adult series that began with Real. When an angry, heartbroken girl is forced to be near her rocker ex-boyfriend, only time will tell if the fire between them will consume them both.

Pandora, the gothic friend of Brooke (Real, Mine, Remy) and Melanie (Rogue), thought that getting her heart broken by her bad boy rocker ex could only happen once. But now, he's back in town with the biggest concert of the year. Pandora hates him so much that she gets Melanie to come with her and play a prank on him at his gig. But when they're caught by security, and her ex himself is summoned, Pandora is not prepared for the feelings that seeing him again—beautiful and in the flesh—awaken in her. She's also wholly unprepared for the conditions his manager sets in order for her and Melanie to be released; especially since these conditions only allow Melanie to return home, while at the same time, they put Pandora in perilously close contact with her ex again. The torturous physical closeness between them reignites the passion they once shared, and soon no matter how much she wants to hate him, it's clear she's still hung up on him. And worse: he knows it too.

The Art of Natural Cleaning

Our House Is on Fire

Violated: Part 1 of 3: A Shocking and Harrowing...