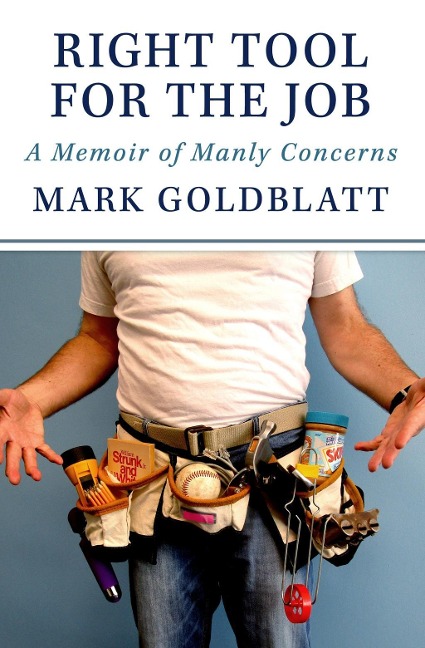 Right Tool for the Job

A Memoir of Manly Concerns

Manhood today is under siege-regarded as an object of menace on college quads, associated with various forms of real and imagined oppression, ridiculed in humanities departments, parodied by sitcoms and commercials, and shriveled to a raisin-sized remnant by psychosexual theorizing.

But while manhood may be under attack in a sociopolitical context, it remains very much a living idea which every penis-endowed person must wrestle with over the course of his lifetime. The Right Tool for the Job is a comic account of one man's struggle to honor his testosterone heritage-with varying results.
E-Book 11/2016

Mark Goldblatt teaches Developmental English at the Fashion Institute of Technology of the State University of New York. He is the author of six books: two middle-grade novels, Twerp and Finding the Worm; a literary mystery, The Unrequited; a collection of political commentary, Bumper Sticker Liberalism; a literary satire, Sloth; and a political novel, Africa Speaks. Currently, he lives in New York City and alters his routes to work regularly.