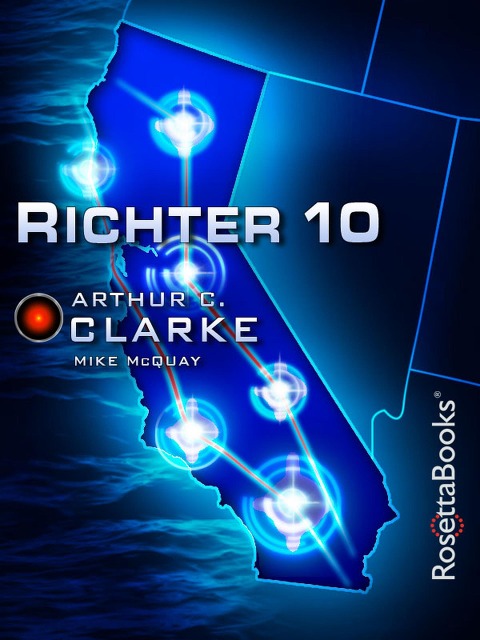 Political and environmental disasters come crashing down in this earthquake sci-fi thriller co-written by the authors of 2001: A Space Odyssey and Memories.

When he was seven years old, Lewis Crane survived the Los Angeles earthquake of 1994-but his parents did not. Haunted by the tragedy, Crane has dedicated his life to protecting humanity from similar disasters. Now he is a Nobel Prize-winning earthquake scientist who perfected equipment sensitive enough to predict an earthquake strike down to the minute. And he wants to go further.

Crane has formed an organization to explore the idea of stopping earthquakes entirely by fusing the Earth's tectonic plates together. But what effect will this have on the earth? And as political unrest causes tremors of another kind, can Crane's audacious plan stop another major earthquake due to hit the United States?

One of the most influential science fiction writers of the 20th and 21st century, Arthur C. Clarke is the author of over 100 novels, novellas, and short story collections that laid the groundwork for the science fiction genre. Combining scientific knowledge and visionary literary aptitude, Clarke's work explored the implications of major scientific discoveries in astonishingly inventive and mystical settings.

Clarke's short stories and novels have won numerous Hugo and Nebula Awards, have been translated into more than 30 languages, and have sold millions of copies worldwide. Several of his books, including 2001: A Space Odyssey and 2010: Odyssey II, have been adapted into films that still stand as classic examples of the genre. Without a doubt, Arthur C. Clarke's is one of the most important voices in contemporary science fiction literature.