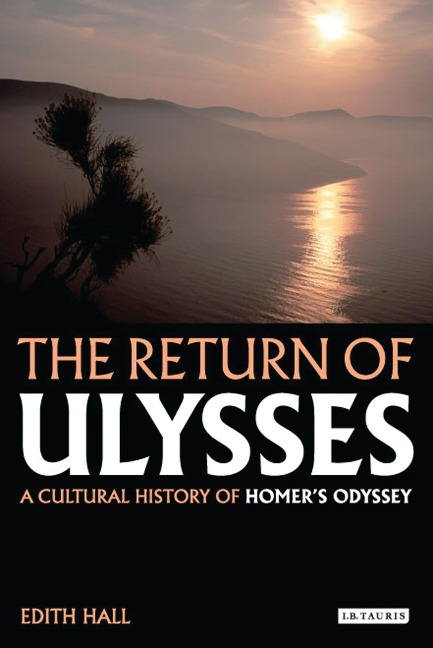 Return of Ulysses, The

A Cultural History of Homer's Odyssey

Whether they focus on the bewitching song of the Sirens, his cunning escape from the cave of the terrifying one-eyed Cyclops, or the vengeful slaying of the suitors of his beautiful wife Penelope, the stirring adventures of Ulysses/Odysseus are amongst the most durable in human culture. The picaresque return of the wandering pirate-king is one of the most popular texts of all time, crossing East-West divides and inspiring poets and film-makers worldwide. But why, over three thousand years, has the Odyssey's appeal proved so remarkably resilient and long-lasting?

In her much-praised book Edith Hall explains the enduring fascination of Homer's epic in terms of its extraordinary susceptibility to adaptation. Not only has the story reflected a myriad of different agendas, but - from the tragedies of classical Athens to modern detective fiction, film, travelogue and opera - it has seemed perhaps uniquely fertile in generating new artistic forms. Cultural texts as diverse as Joyce's Ulysses, Suzanne Vega's Calypso, Monteverdi's Il Ritorno d'Ulisse in Patria, the Coen Brothers' O Brother Where Art Thou?, Daniel Vigne's Le Retour de Martin Guerre and Anthony Minghella's Cold Mountain all show that Odysseus is truly a versatile hero. His travels across the wine-dark Aegean are journeys not just into the mind of one of the most brilliantly creative of all the ancient Greek writers. They are as much a voyage beyond the boundaries of a narrative which can plausibly lay claim to being the quintessential global phenomenon.

Edith Hall is Professor of Classics at King's College London, and Consultant Director of the Archive of Performances of Greek and Roman Drama in Oxford, UK. She has published more than twenty books on ancient Greek culture and its reception including The Return of Ulysses (2008), Greek Tragedy (2010), Adventures with Iphigenia in Tauris (2013) and Introducing the Ancient Greeks (2015).