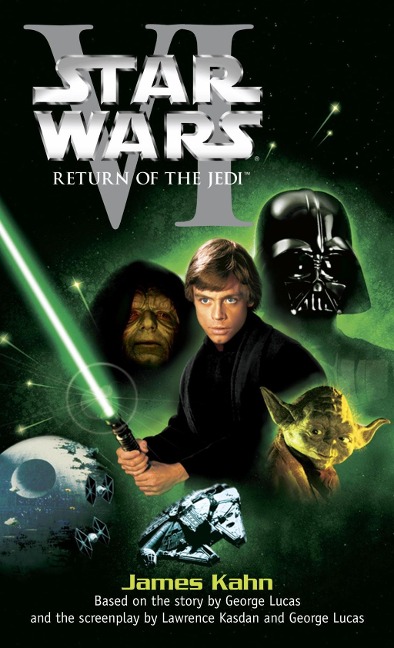 It was a dark time for the rebel alliance...Han Solo, frozen in carbonite, had been delivered into the hands of the vile gangster Jabba the Hutt. Determined to rescue him, Luke Skywalker, Princess Leia, and Lando Calrissian launched a hazardous mission against Jabba's Tatooine stronghold.
The Rebel commanders gathered all the warships of the Rebel fleet into a single giant armada. And Darth Vader and the Emperor, who had ordered construction to begin on a new and even more powerful Death Star, were making plans to crush the Rebel Alliance once and for all.
Features a bonus section following the novel that includes a primer on the Star Wars expanded universe, and over half a dozen excerpts from some of the most popular Star Wars books of the last thirty years!