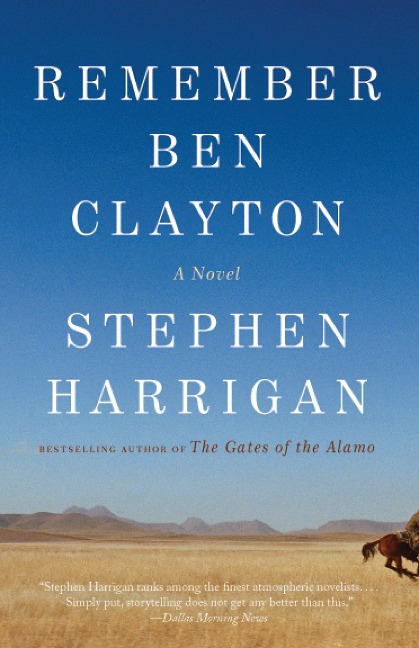 Francis "Gil" Gilheaney is a sculptor of boundless ambition, but bad fortune and pride have driven him and his long-suffering daughter Maureen into artistic exile in Texas just after World War I. When an aging rancher commissions Gil to create a memorial statue of his son who was killed in action, Gil believes it will be his greatest achievement. But as work proceeds on the statue, Gil and Maureen come to realize that their new client is a far more complicated man than they ever expected, and that he is guarding a secret that haunts his relationship with his son even in death.

Stephen Harrigan is the author of seven previous books of fiction and nonfiction, including the novels Challenger Park and the New York Times best seller The Gates of the Alamo. A longtime writer for Texas Monthly and other magazines, he is also an award-winning screenwriter who has written many movies for television. He lives in Austin, where he is a faculty fellow at the Michener Center for Writers at the University of Texas and a founding member of Capital Area Statues, Inc.