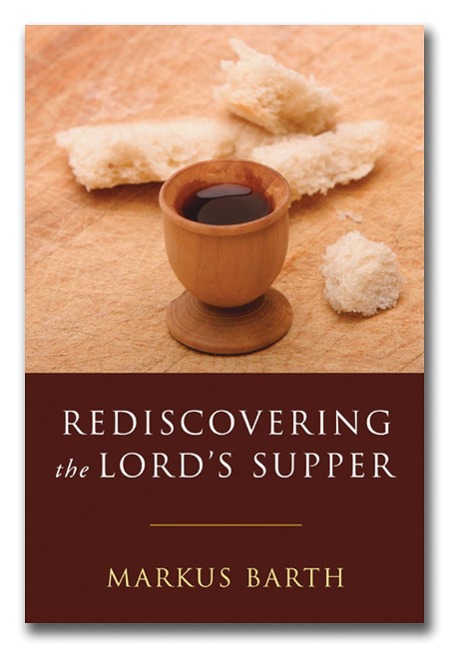 Following his father's classic work CHURCH DOGMATICS, Markus Barth considered the doctrine of the Lord's Supper, which, had not received a full treatment. His work resulted in an exegesis of the Lord's Supper texts in the Synoptics, the Fourth Gospel, and the Pauline letters.

His perspective sees the Lord's supper and its accomanying Agape meal as a symbolic event that allows God's people to commune in an atmosphere that remains open to all, including the Jews, whose Passover continues to shed light on this sacrament.

His presentation covers the Lord's Supper, Passover, the relationship of Christians and Jews, and the participation of children in communion. He challenges the definitions of Baptism, Eucharist, and Ministry as expressed in the Lima Document, offering one of the most sharply stated alternatives available. His discussion provides a reexamination of the Lord's Supper as a symbol of ecumenism--the opportunity for all God's people to celebrate together. This approach makes an important ecumenical contribution to understanding the Lord's Supper from a New Testament perspective.

Markus Barth (1915-1994) studied Protestant theology in Bern Basel, Berlin, and Edinburgh, and received his ThD from the University of Goettingen in 1947. He served as pastor in Bubendorf, Switzerland, from 1940-1953. Thereafter, he taught New Testament at theological schools in Dubuque, Chicago, Pittsburgh, and Basel. His books include The Broken Wall, Conversation with the Bible, and Jesus the Jew.