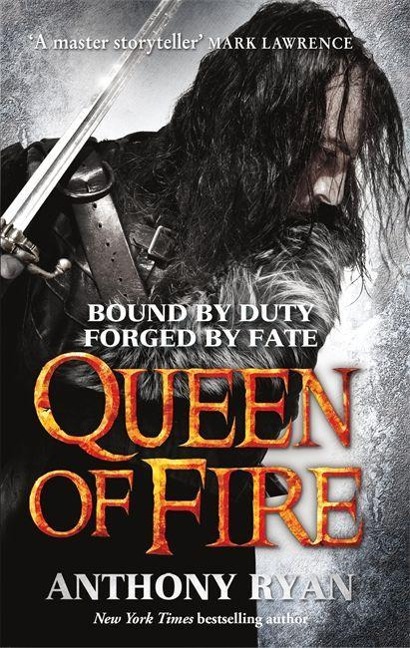 Queen of Fire is the New York Times bestselling final novel in the Raven's Shadow series, which began with the critically acclaimed Blood Song. EMPIRES WILL FALL. Queen Lyrna has survived the bloody siege of Alltor. Now she must rally her troops and take back the capital from the Volarian invaders. But driving her hated enemy out of the Realm will not satisfy her lust for vengeance - she wants to pursue them across the ocean and burn their empire to ashes. To do so, she must place her faith in the Seventh Order: men and women who wield terrible powers, born of the Dark itself. Vaelin Al Sorna would sacrifice his life for his queen - and may yet have to. Only by unmasking the Volarians' mysterious Ally can the tide of war be turned. To this end, Vaelin must travel deep into the icebound north, in search of a man who cannot die - and he must do it without the aid of his blood song, which has fallen ominously silent . . . Queen of Fire is the epic conclusion to the acclaimed Raven's Shadow series by New York Times bestselling author Anthony Ryan.