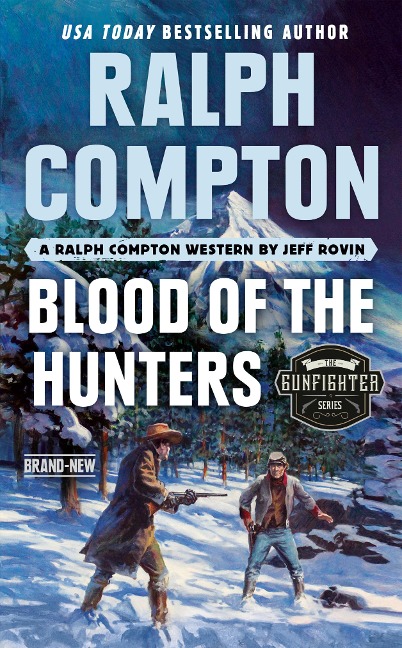 Ralph Compton Blood of the Hunters

In this compelling new installment of bestseller Ralph Compton's The Gunfighters series, a man driven by the destruction of his family seeks to protect a woman and her children from a band of desperados.

John Stockbridge was once a peaceful man of medicine. Now, he's better known as Dr. Vengeance, a man who is as fast with a shotgun as any other gunfighter is with a six-gun. The murders of his wife and child left him with an aching hole where his soul once was. His only solace comes from wandering the West.

Along the way, he encounters a woman and her two children searching for their missing fur-trapper husband/father in the Rockies. In the process, they run afoul of some foul former Confederates who have amassed money and local power by robbing those traveling west through a mountain pass. While searching for the missing trapper -- and aided by a Mexican mountain man and an independent woman who works at the local hotel-- Stockbridge must take down the vicious highwaymen one by one.

Ralph Compton stood six foot eight without his boots. He worked as a musician, a radio announcer, a songwriter, and a newspaper columnist. His first novel, The Goodnight Trail, was a finalist for the Western Writers of America Medicine Pipe Bearer Award for best debut novel. He was the USA Today bestselling author of the Trail of the Gunfighter series, the Border Empire series, the Sundown Rider series, and the Trail Drive series, among others.

Jeff Rovin is the author of more than 150 books, fiction and nonfiction, both under his own name, under various pseudonyms, or as a ghostwriter, including numerous New York Times bestsellers and over a dozen of the original Tom Clancy's Op-Center novels.