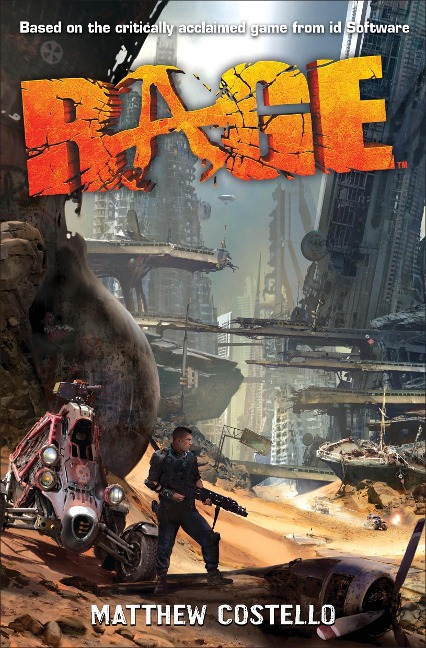 An action-packed adventure based on the award-winning videogame from id Software, the creators of DOOM® and QUAKE®, Rage follows one man's fight to save the future of humanity in a ravaged, post-apocalyptic world.

The asteroid Apophis has annihilated Earth, and only a small percentage of humanity's best and brightest have been saved. Buried deep below the ground in life-sustaining Arks, these chosen few are tasked with one vital mission-to restore civilization to a devastated planet hundreds of years after the impact.

When Lieutenant Nick Raine emerges from his Ark, he finds a future indistinguishable from nightmare. Humankind has not been entirely destroyed on the surface world, and a primitive new society has emerged in which life is nasty, brutish, and short. Mutants and bandits prey upon the weak, and a mysterious military group known as the Authority preys upon everyone. Worst of all, a would-be tyrant seeks to impose his will upon the shattered planet. Armed with nothing more than his combat training and survival instincts, Raine must rise to meet the challenges of the wasteland.